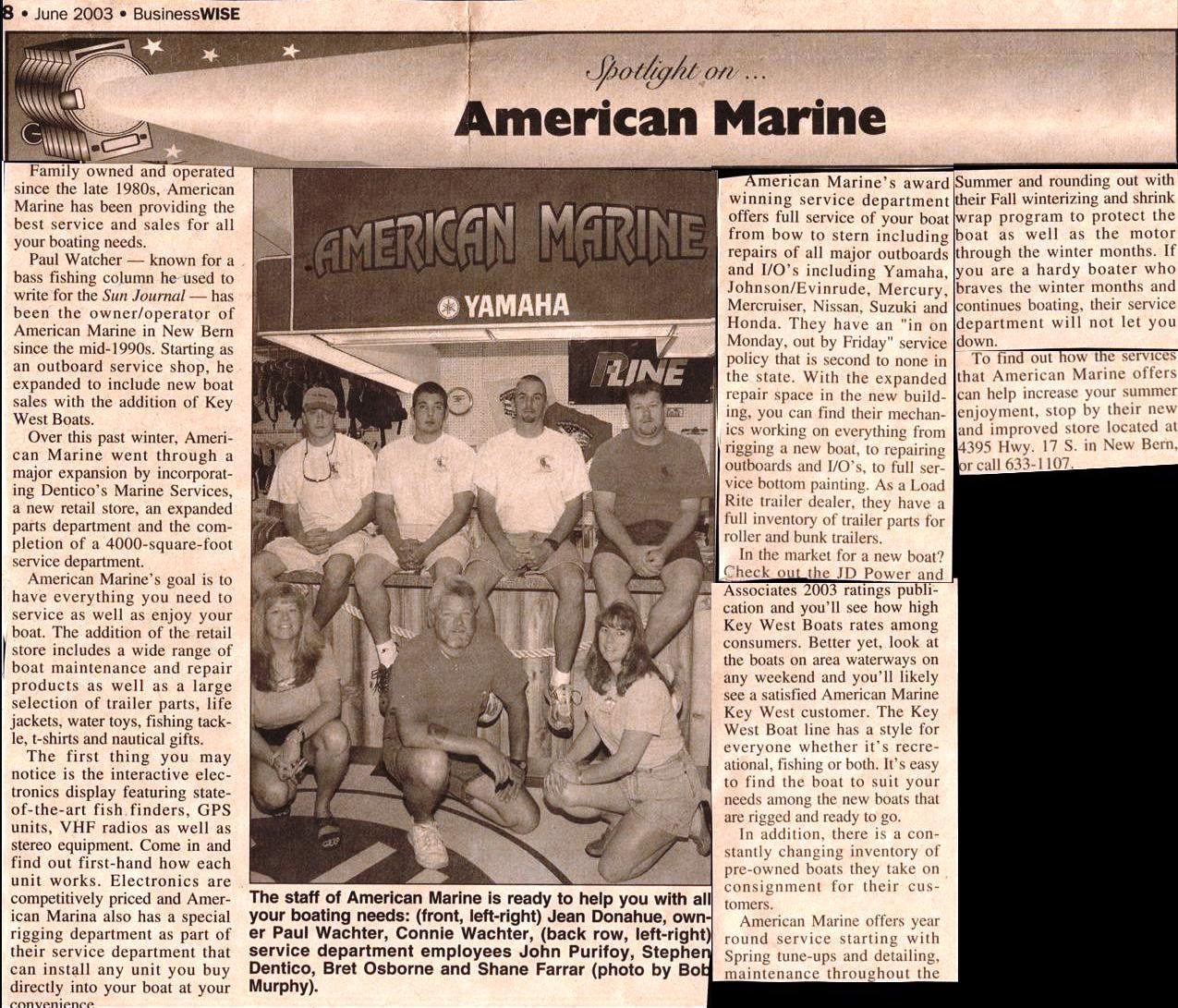 American Marine was started in 1973 by Richard Wachter in East Northport, Long Island, NY. As his reputation for reliable service and high quality standards grew, so did the need to expand. This expansion brought American Marine to Commack, NY where it is still located today. The father and son team of Chris Wachter and Keith Wachter continue his legacy.

In 1987 Richard, with his wife Mary Anne, retired to beautiful New Bern, NC. By 1993 they were settled and brought their other son, Paul Wachter, into a new chapter in the American Marine story. Their daughter, Jean Wachter, moved to New Bern in 2002 to join in the family fun.

In 2003, Ted Sanders joined the company. Born and raised in New Bern, Ted is well known for his custom metal fabrication artistry and skill. American Fabricators was born. For the next 10 years they operated out of a separate location up Hwy 17 from American Marine.

In 2004, Tracy Caroon was added to the American Marine staff as Service Manager. Also a local boy, Tracy was born and raised in Lowland, Pamlico County. Tracy is a Yamaha specialist and has a unique perspective on recreational boating as well as the needs of recreational and commercial fishermen.

The most recent evolution happened in 2008 when Jean, Ted, and Tracy combined to form American Marine & Fabricators LLC. In 2015 the partners moved both operations into the original American Marine location. 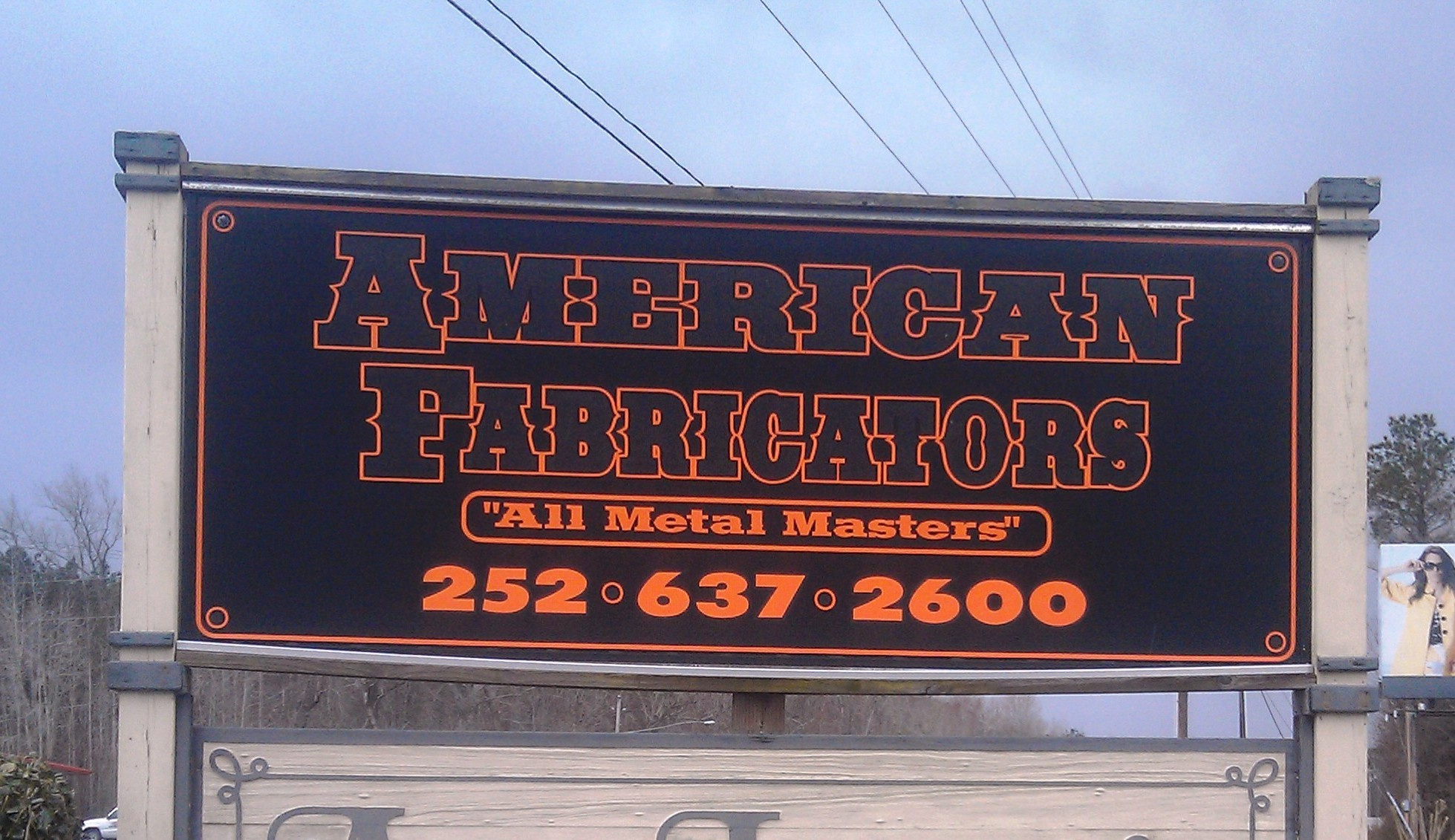 It may seem a bit odd to have boat, motor, and trailer, sales and service with custom metal fabrication, but it has been working well. The same founding principals of reliable service and high quality standards are just as important today as they were in 1973. We are nothing without our employees living up to those standards.  We are proud to be American Marine & Fabricators. Proud of our products, our service, and most importantly proud of the relationships we have formed over the years with our customers. 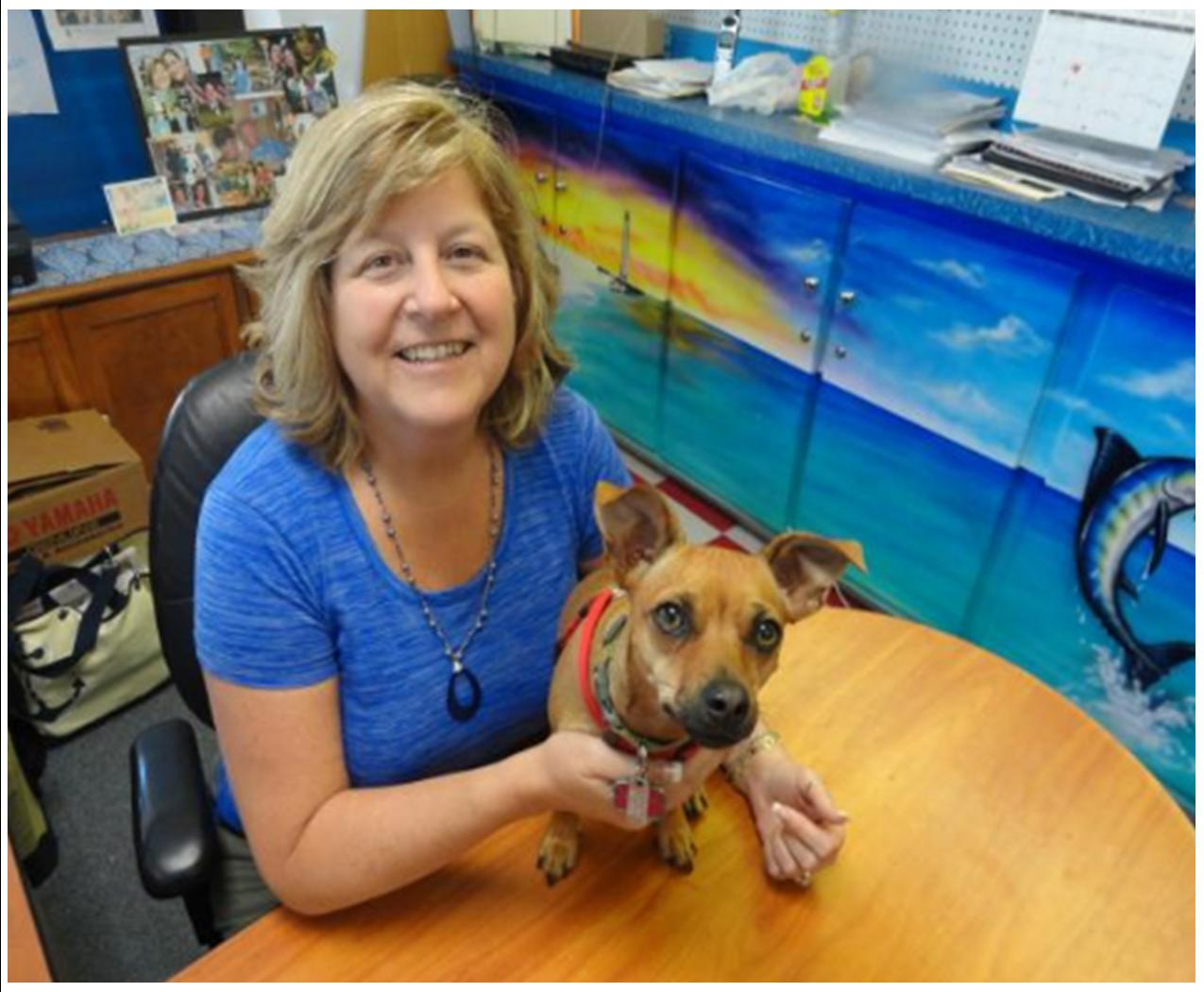 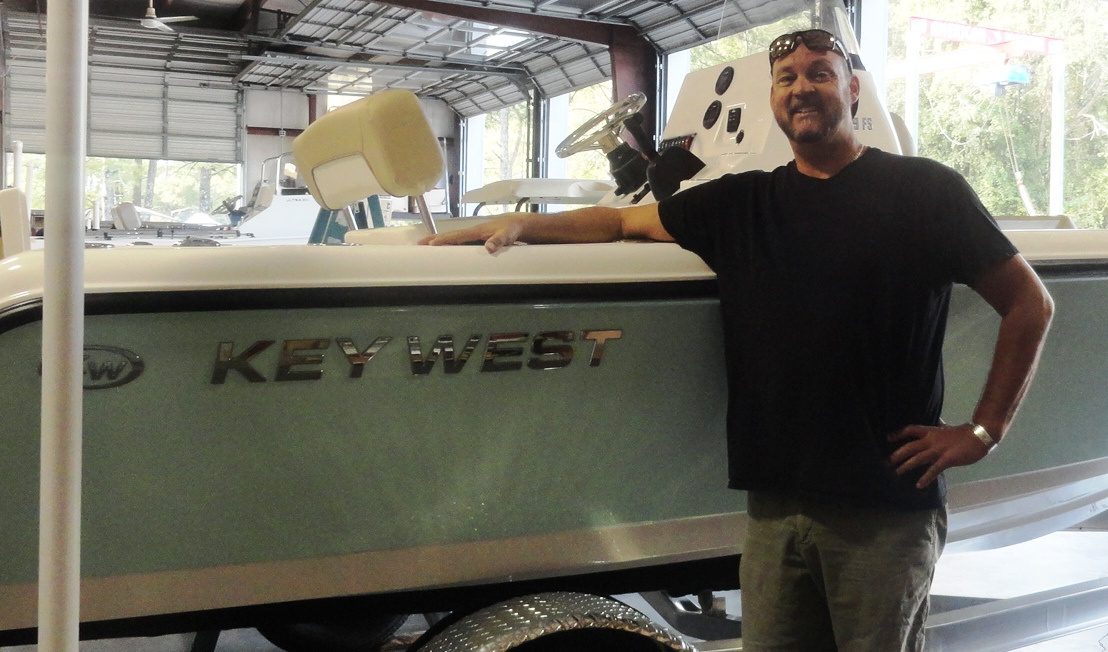 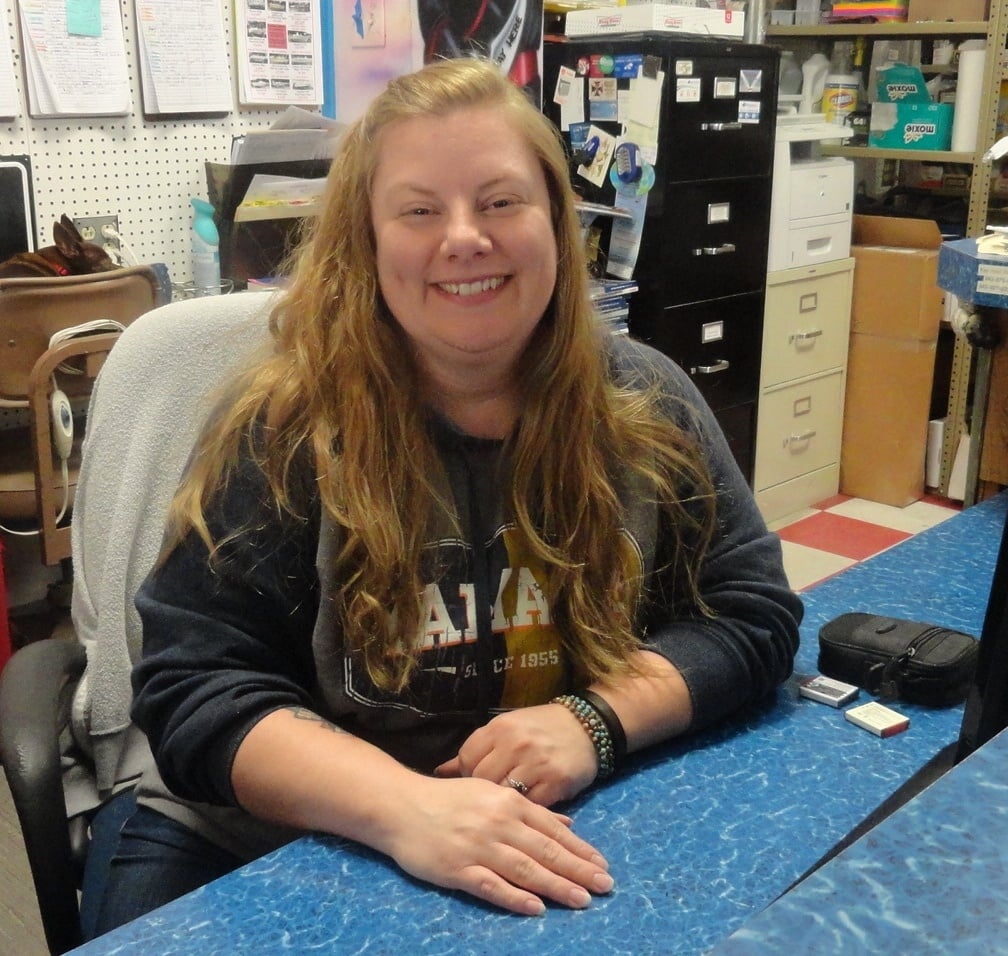 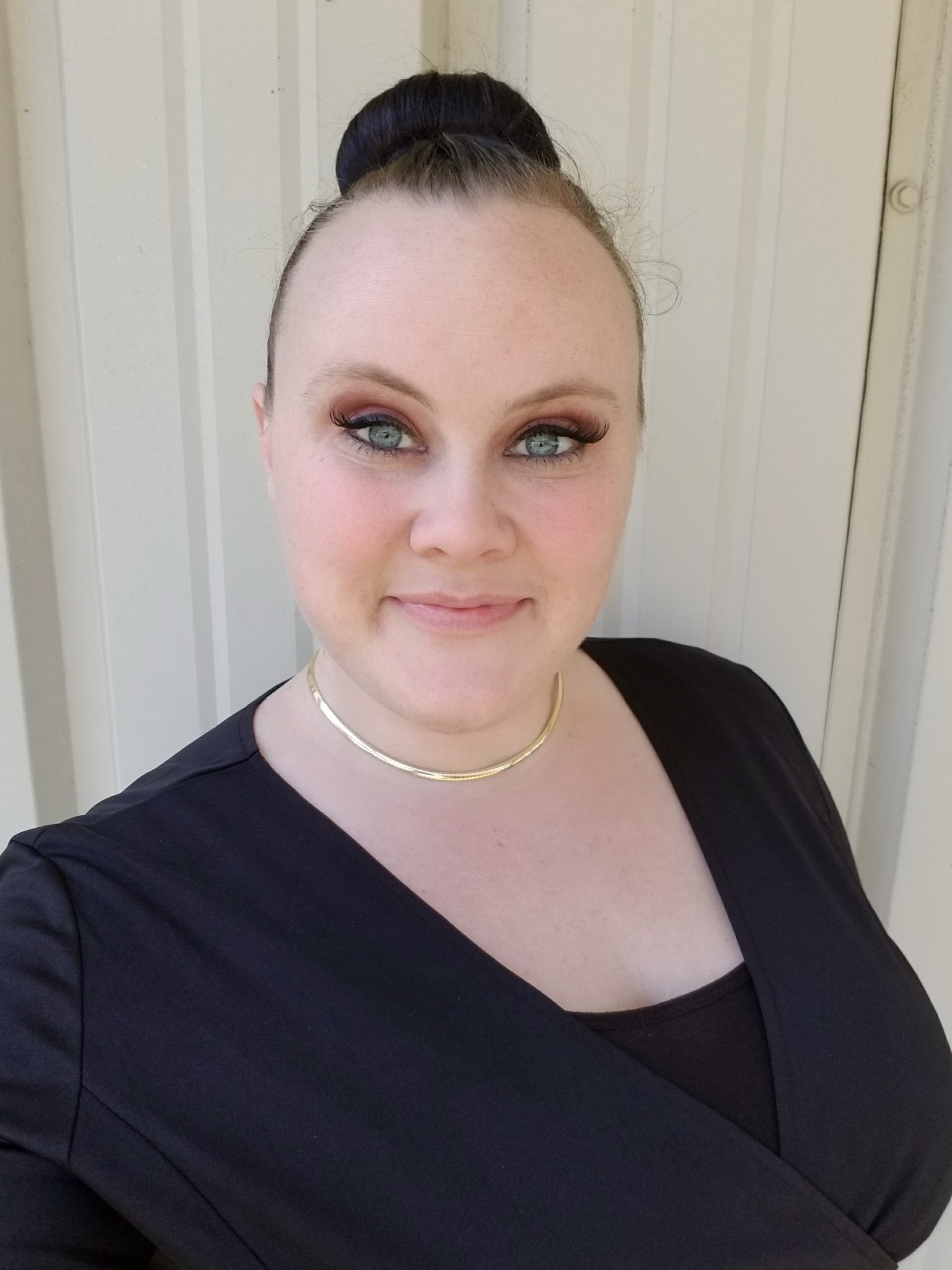 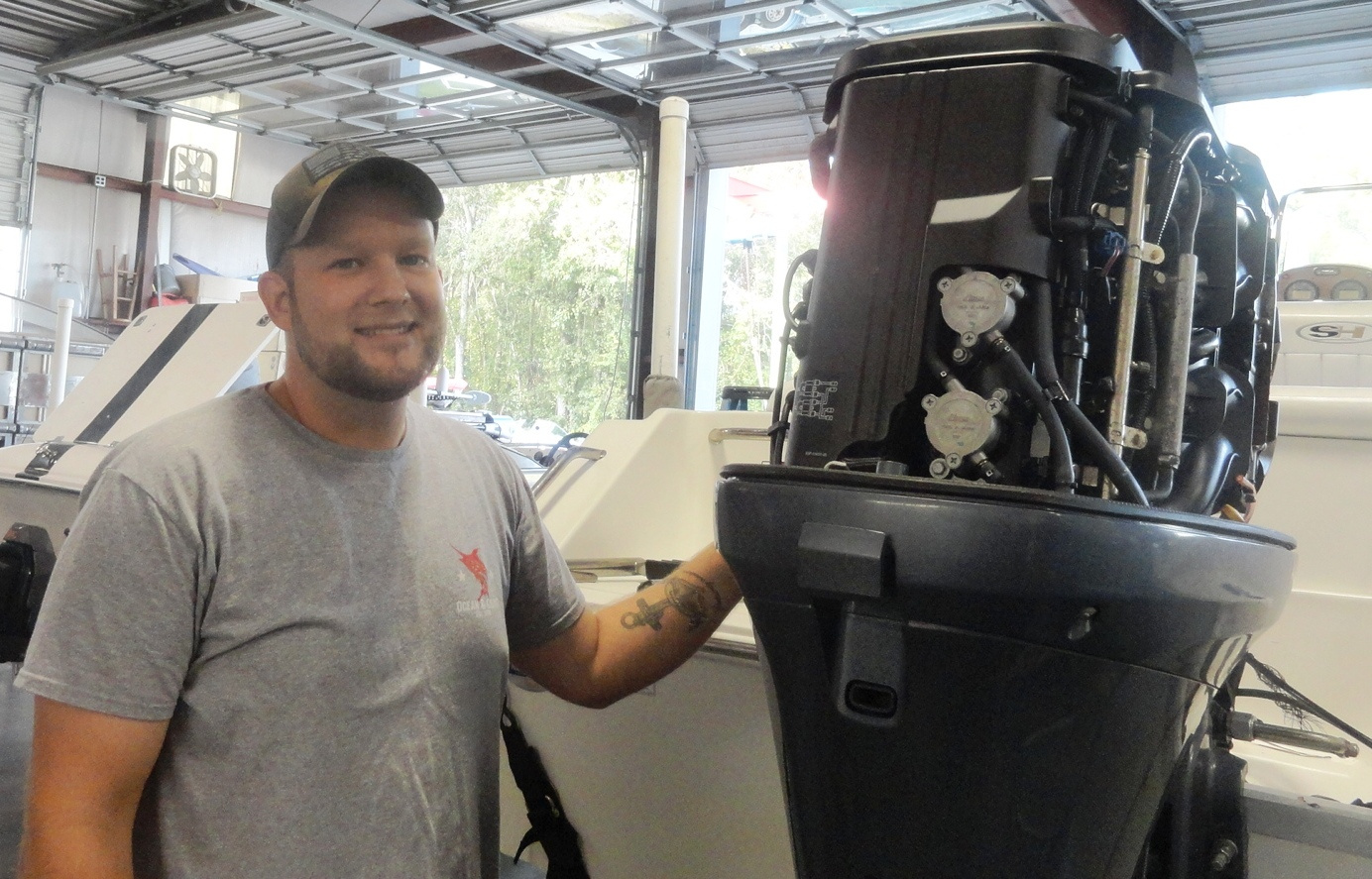